Since the dyeing machine production process of the tran […]

Since the dyeing machine production process of the transformer determines the frequent start-up and constant torque requirements of the equipment, the parameters that need to be set for the general transformer winding machine are.The slow function setting is also a commonly used parameter. It is mainly used to control the equipment to start and stop at a slow speed, play a soft start and stop buffer function, the correct setting can allow the operator to adapt when starting the winding machine The process of pulling force, when the equipment is parked with buffer, it can stop more accurately.The number of turns setting is the number of turns that the equipment needs to run according to the production process. 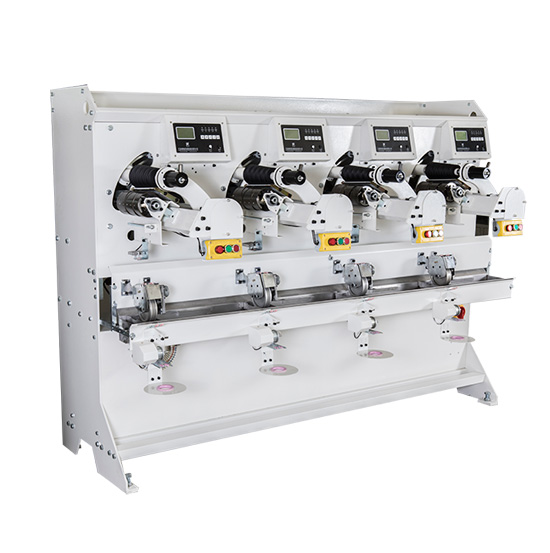 With the advancement of science and technology, generally speaking, there are no harsh requirements for the use environment of automatic winding machines. Although so, because automatic winding machines contain a large number of electronic components, they are most afraid of direct sunlight, moisture, dust, and vibration. All of these can cause the electronic components to be corroded and deteriorated, or cause the short circuit between the components to cause the winding machine to operate abnormally. These should generally be paid attention to when installing the machine.

For users, the main thing is to pay attention to the protection of the surrounding environment. For example, it is necessary to be careful not to bring umbrellas to the production site on rainy days, and to keep the production site tidy. The step-by-step sequence function is used to control the sequence of equipment operation. It is generally determined according to the production process. The forming and winding of a coil is not only the winding of enameled wire, but also many other steps such as paper wrapping, insulating cloth, etc. , So the correct setting of the step-by-step sequence function will effectively exert the efficiency of the equipment.