The main cone winding machine shaft inverter of the win […]

The main cone winding machine shaft inverter of the winding machine generates an oL overvoltage alarm on the operation panel every time it stops. The input side power supply voltage is measured with a multimeter and found to be normal, so the problem is locked in the deceleration time set by the inverter. In order to reduce the inertia of the spindle as much as possible, the deceleration time of the inverter is set to be small, which causes the frequency of the inverter to drop quickly after the stop signal is sent, and the synchronous speed of the motor also drops quickly. Due to the large inertia of the winding motor, the actual speed of the winding motor exceeds the synchronous speed at this time. 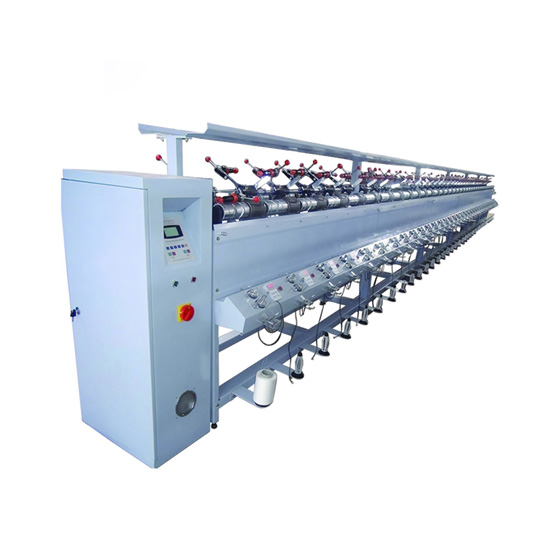 The winding motor runs in the generator state, and a large voltage is induced on the stator side of the motor, causing the inverter to generate overvoltage Call the police. The system has been actually debugged and the deceleration time is set to 0.5S, which can not only minimize the inertia of the winding machine when decelerating, but also ensure that no overvoltage alarm occurs. During the debugging process, the automatic wiring servo driver of the winding machine often has a fault alarm. The reason is usually the abnormal communication between the encoder and the servo drive. After the servo drive is powered off, re-plug the connector CN2 of the encoder and the servo drive.

Once, after power on again, the fault is resolved. Set the following ability of the arranging servo through the parameters of the servo drive. The larger the parameter value is, the smaller the execution error of the position command will be, and the stronger the following ability; but if this value is set too large It is easy to cause the automatic winding machine to vibrate, so the setting of this parameter value should take into account the winding machine and the tracking of the position command. If it is found during debugging that the winding mechanism of the winding machine will obviously go and stop, and in each stop and go cycle, the walking time is very short and the stopping time is very long, resulting in tightness of the winding Inconsistent.

You can consider reducing the sampling period to twice the PLC scan period, and continue debugging. It is found that the wiring mechanism can move smoothly, there will be no one-stop phenomenon, and the wiring is more compact. The tension of the round wire during winding is adjusted by the number of windings on the relaxation roller. When winding a relatively thin round wire, if the tension value is not adjusted properly, the thin wire will be elongated and thinned and insulated. In the case of paint peeling off, the manufacturer should sum up the appropriate number of winding turns for different round wire diameters.

0
PREV: What kind of machine can meet high-speed cutting      NEXT: Why do transformer winding machines have more functions
Contact Us